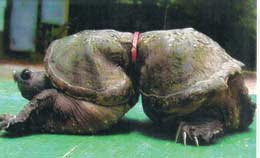 In Martin Salter MPs column in the Reading Chronicle he discusses plastic bags. http://icberkshire.icnetwork.co.uk/chronicle/columnists/westminster He finally recognises the contribution of plastic bags to pollution in the environment, and wants to reduce this. He does not call for a ban, or a tax, but wants the supermarkets and shops to do it all. It’s a familiar lack or ambition for this government,

Unfortunately he gets it a bit wrong, he says;
‘Given the huge profits made by supermarkets, I see no reason why they should not provide reusable bags free of charge to regular customers and personally I would like to see Reading following in the footsteps of Modbury in Devon and the 70 other towns in Britain who are already taking steps to ban the bag and move to environmentally friendly alternatives.’ Fine sentiments, but supermarkets already give away reusable bags free of charge, they are called plastic bags. I assume he means a bag for life (which is reused more than an ordinary bag, but is still made of plastic). I prefer to use cloth or string bags, they last for years, and are biodegradable. They are available from many shops, including in Reading RISC and the true food coop www.truefood.coop. On line there are many choices, I like www.organic-ally.co.uk

Supermarkets have some initiatives to collect and reuse plastic bags, but they are ineffective. Most bags continue to be disposed of. Most shops continue to give them away, though there are a few where now ask first. I always refuse, cloth bags are small and easy to carry in your pocket. Not enough people realize that plastics are made from oil, further contributing to the problems of energy dependence, greenhouse gas emissions and depleting resources. In fact, nearly 10 percent of U.S. oil consumption is used to make plastic.

Despite the fact that petroleum-based plastic will never biodegrade, 40 percent of people believe that it will biodegrade underground, in home compost, in landfills, or in the ocean. Plastics will not biodegrade in any of these environments. Plastic can be used to make fleece jackets, and reused as plastic. In some countries products are designed with their end of use disposal in mind, unfortunately in the UK we are lagging behind. Regular readers will know as far as waste is concerned, reducing is the first step, reusing the second, recycling then landfill. Plastics makes up around 7% of the average household dustbin!

The entire anti-plastic bag movement is based on misinformation. Paper bags are WAY worse for the environment.

Do you have any evidence for this allegation anon?

Paper bags will degrade and so not be harmful to animals/environment if swallowed.

I prefer reusing cloth bags myself.

well, the turtle in the picture ISN'T a sea turtle, as everyone can notice looking at it's look and it's foots (this is a sea turtle), however it's the saddest picture I've ever seen. No plastic bags, please!
Greetings from Italy.
Elena